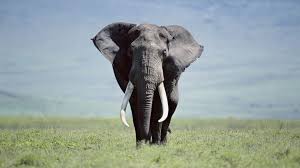 “I praise you, for I am fearfully and wonderfully made. Wonderful are your works, I know it very well” (Psalm 139:14).

The theory of evolution, as you know, asserts that nature changes over the eons by a long series of advantageous mutations, selecting the ones that help and rejecting those changes that hurt. Usually supporters of the theory like to point to such things as an elephant’s trunk, which apparently began as a normal mammal’s nose, but over time lengthened to the powerful but dexterous limb that is the great creature’s most distinctive feature.

Critics of the theory might wonder how the elephant reached leaves and seeds on the trees above him during the millennia that his nose was, well, just a nose. Seems like some of those poor pachyderms would have gone very hungry in the intervening millennia!

But the process assumed by evolutionists is far more complex than that. In a day when scientists are studying DNA structure, stem cells and so on, have you ever considered how astonishingly complex life is and how much had to go right for it to exist? The process of natural selection would have to be far more skillful than a neurosurgeon to accomplish this, and all of it without his training, skills, and instruments.

Lehigh University biochemist Michael Behe, has specialized in the DNA markers in the human body called cells. They are, he explains, the “black box” that records physical characteristics, from a gill on a fish to the wing on a bird, from the pretty red headed girl to her ability to play Mozart! Are we being asked to believe (yes, that is the verb I want) that the “mutation god” create all of this? Now that would be a miracle!

Behe makes an apt analogy. He suggests that for a cell to undergo the astonishing number of random mutations this process requires is like building a mousetrap by putting the various pieces of the trap together, one by one, mutation by mutation, over time. Of course mousetraps are far less complex than the cilium or flagellum of a cell, but what if, by accident, we added the various parts of a trap, the wooden base, the spring, the cheese, one at a time; what would we have?

It is impossible for the “numerous, successive, slight modifications” of natural selection” to all have worked and for the organism (that might be you or me, come to think of it), to exist. Life at the molecular level, Behe declares, “is a loud, clear, piercing cry of design.”

The theory of evolution has us being overrun by mice. While their theory is still trying to explain how fish became amphibians and how missing links began to use I-pods, science becomes exponentially more complex and intricate. Everything scientists learn about the universe confirms that those who believe in natural selection must accept something far more miraculous than anything the Bible describes!

Maybe that’s why elephants are frightened of mice!