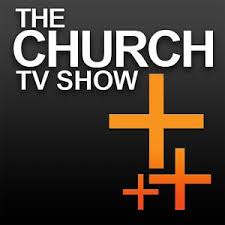 “Who is a God like you, pardoning iniquity and passing over transgression for the remnant of his inheritance?” (Micah 7:18).

How is it that we can come into the Lord’s presence to worship him, and come away with the image of someone or something other than God? Whether it be the majesty of the architecture, the “entertainment” value of the worship “production,” or the charisma of the preacher, when we leave worship, and our enduring memory is something other than the God, something was wrong! Worship should be in honor of the Lord, and the Lord alone! Anything less would be idolatry.

In his book “Amusing Ourselves to Death,” Neil Postman writes of his effort to find the effects of television on public discourse. In his chapter on religion, he sets about his research by watching thirty-five hours of television. I don’t know whether to admire his commitment or have him committed! Following his marathon television viewing, Postman makes these telling observations:

“On television religion, like everything else, is presented, quite simply and without apology, as entertainment.” In a word, the Christian message has been shaped by the effort to please the viewer rather than to please God. Something has gone awry. On these shows,” he declares, “the preacher is tops. God comes out as second banana” (page 116).

When God is not the object of our affection, admiration and praise, then, beloved be sure of this, the fruit has gone bad! With deepest respect to the Lord may I say that, God is second banana to no one.

My concern is that “church,” at least the way many understand it today, has been affected by what we see on television. Glamour replaces in-depth Bible study, shallow sentiment replaces deep devotion, ratings replace repentance. The lure of a camera close up is just too great a temptation for many religious leaders, and most viewers are thoroughly unable to analyze substance over style.

Like a stealth bomber, television affects us in ways subtle, yet profound:

* It pressures us to deliver messages in about 19 minutes, the length of the average sitcom, rendering a plunge into a Bible text or topic difficult.

* It emphasizes image over analysis. Illustrations have always been an important part of a sermon, of course, but these days, “image is everything.”

* It encourages a channel surfing mentality among Christians. If the show didn’t “do it” for us in this congregation, we can go to another that appeals to us more. Commitment to a church community is thus rendered temporary and shallow.

* And, of course, it tempts churches to choose “worship leaders” and preachers on the basis of their appeal, rather than the appeal of Christ, thus rendering him, well, second fiddle!

But in the Lord’s church we cannot afford to let a skin deep society determine our agenda. Be analytical; ask yourself if the man preaching is presenting God’s word in its purity; continue to ask whether an act of worship is done according to scripture, no matter how compelling the appeal to the emotions.

I am not advocating a cold, feelingless approach to worship; I’m simply reminding us that we need to look beyond the speaker’s eloquence to the content of his message.

“And I fell at his feet to worship him. But he said to me, ‘See that you do not do that! I am your fellow servant, and of your brethren who have the testimony of Jesus. Worship God!” (Revelation 20:10).