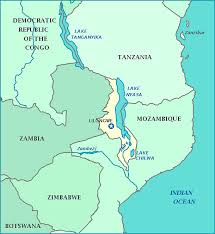 We lost two great men this week to the cause of Christ. Or, more accurately, two great men graduated to glory. Parker Henderson, missionary to Thailand and Trinidad, and Doyle Gilliam, missionary to Malawi and Zimbabwe. Together they spent close to a century as missionaries. The number of conversions to Christ is known to none but the Lord alone.

I knew and respected brother Henderson from a distance. I wish I could do justice in expressing my admiration for his lifetime of service. I was however privileged to know Doyle Gilliam personally. He was a scholar, an author, dignified, and humorous. He was a very good preacher, but an even better teacher. He became fluent in the Chichewa language, preaching and conversing in it with ease. He served for a number of years in the midst of a civil war, and was most adept at developing long-term relationships with brethren in southern Africa. He took time for a foolish teenager who had, well, questions.

It takes time and commitment to allow Christian characteristics to sink into the lives of men and women anywhere. This certainly applies to the mission field. It takes time to develop leaders on the mission field. Elders, preachers, Bible class teachers follow in the wake of these two men. The sustained strength of the church in the areas they worked is no accident. Truly, though dead, they “still speak” (Hebrews 11:4).

Distinguished mission work does not occur over ten day mission trips; it occurs over the years, even decades, where you prove you care about that country, those people, build trust and deep relationships.

Two voices have joined the angel chorus. The God whom you both loved and served is now your sun and light.