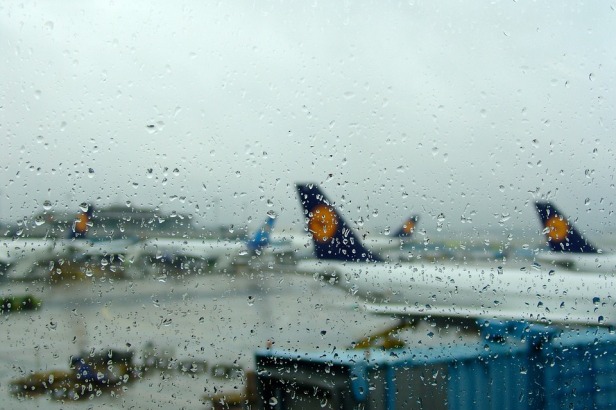 Speaking of the day they left for Africa in 1958 to do mission work, my mother described seeing my little head bobbing up and down on my father’s shoulder as he entered the plane in Kansas City.

As it turns out, missionaries have parents, siblings and a desire for the comforts of home, too. One missionary told me when he left for the mission field his father told his mother, “I will never see my son again.” Happily, this sorrowing father was wrong, he saw his son, and grandchildren numerous times, though he could not have known that.

When I returned to the United States for college, a timid seventeen year-old, my mother slipped a note into my suitcase quoting Laban’s words to his daughters: “Mizpah: The Lord watch between me and thee, when we are absent one from another” (Genesis 31:49). I found it as I opened the case in a dingy Paris hotel on the way to the United States.

“Back in the day,” as the saying goes, missionaries were referred to as “missionaries of the one-way ticket.” They would board a ship, take a month to reach Australia, the Philippines, or Africa, and would generally spend their lives there.

My parents were more fortunate in that they were able to return several times to the US to see family and supporting congregations. It was a deep sacrifice, but one well worth the taking in terms of souls saved, churches established, and hearts mended.

If you are looking for heroes for your children, instead of empty-headed celebrities or arrogant athletes, what about those who served the Lord in other lands?

Do you want some good reading? There are a number of excellent biographies of missionaries who have made a permanent, no, an eternal difference.

On the Wings of the Morning, Eldred Echols.

They Called Him Muluti, Georgia Hobby.

Among the People of the Sun, Donna Mitchell

Meanwhile, Back in the Jungle, Donna Horne.

Beware. Reading such material might damage half-hearted Christianity and lead to greater commitment to God.